The words below have been prayed by Jewish people around the globe quite literally every morning, noon and night, throughout their 2000 year exile:

Wherever they may be in the world, Jewish people traditionally say these blessings as part of their prayers three times a day, facing Jerusalem. Just like Daniel. The people, the Book and the Land are thoroughly intertwined, and the long exile away from Israel has been a matter of grief expressed in Jewish liturgy throughout the generations. Whenever a Jewish couple marry, whenever a Jewish person dies, whenever traditional Jewish blessings are made over meals, the prayers include a longing for Israel and Jerusalem. So just imagine the joy that many felt when the Balfour declaration was made public by the British government in 1917 to establish a Jewish homeland in Palestine:

“His Majesty’s Government view with favour the establishment in Palestine of a national home for the Jewish people, and will use their best endeavours to facilitate the achievement of this object, it being clearly understood that nothing shall be done which may prejudice the civil and religious rights of existing non-Jewish communities in Palestine, or the rights and political status enjoyed by Jews in any other country.”
Arthur James Balfour, British foreign secretary, 2 November 1917
(To read the full letter, see transcript below)

The aspiration to create a homeland for the Jewish people had the agreement of President Woodrow Wilson since the US had joined the first World War, as well as Italy and Japan who, along with Britain and France, would participate in the San Remo conference and become members of the Council of the League of Nations. Even the Pope had assented, describing return of the Jews to Palestine as “providential; God has willed it.”
The Cambon letter Issued in June 1917 clarified full support for the cause from the French government:

And so the foreign ministers of Britain (Balfour), France (Pichon), the United States (Robert Lansing), Italy (Sidney Sonnino), and Japan (Makino Nabuaki) all had been in agreement with the endeavour.
“In the era before the United Nations and the League of Nations, there existed no higher international forum than this”, according to Middle East historian, Martin Kramer. [1]

It is important to remember that in 1917 the Middle East was not a collection of autonomous nations that were suddenly overrun by the West. The Ottoman Empire was just that – an empire. The Turks had been the colonizers for four centuries, and before them, there had been a series of Muslim and Christian empires dominating the region and to some degree imposing their religions, or restricting the religions of others. There was the Byzantine empire, ruling from Constantinople, followed by an invasion from Arabia which imposed Islam on the region, followed by the Crusaders from Europe, the Mamluks from Egypt, and then the Ottomans from Turkey.
Different Islamic powers had conquered and taken control for 973 years, imposing the “Jizya” tax on non-Muslims and outlawing church bells and construction of synagogues and churches. Jews and Christians living in Palestine had been second class citizens for 80% of the centuries-long Turkish occupation. Equal rights were not given to non-Muslims until 1839, and only in order to appease the Europeans as the Turks struggled to maintain sovereignty in the region.[3]

It was free just before the Roman occupation that was in force at the time of Yeshua, after the Israelites had successfully beaten back the Greek occupation in 167 BCE. The Jews had a sizable chunk of self rule then, and hundreds of years of autonomy between the Exodus and the first exile to Babylon. Apart from that, the land has been passed back and forth from pillar to post, from conqueror to conqueror, and the people of the land just had to deal with whatever powers had control at the time.
The allied forces were to some extent attempting to parcel out the lands of the Middle East away from the hands of the Turks and back to the people groups themselves. There is much to say about their method and the measure of success, but Rabbi Jonathan Sacks, Chief Rabbi of the UK, declared it “visionary and moral politics of a high order”. Perhaps it is not hard to imagine a higher morality, since the integrity of the allied powers was severely compromised by self interest, but there is some weight to the idea that the intention was to return the lands rather than to take them. Sacks continues,

As American novelist, Robert Frost, defines it, “Home is the place where, when you have to go there, they have to take you in.” This is what the Jewish people have prayed for for centuries, and this is what God has now given them, according to his promises.
“Comfort, comfort my people”, says the Lord. (Isaiah 40:1) 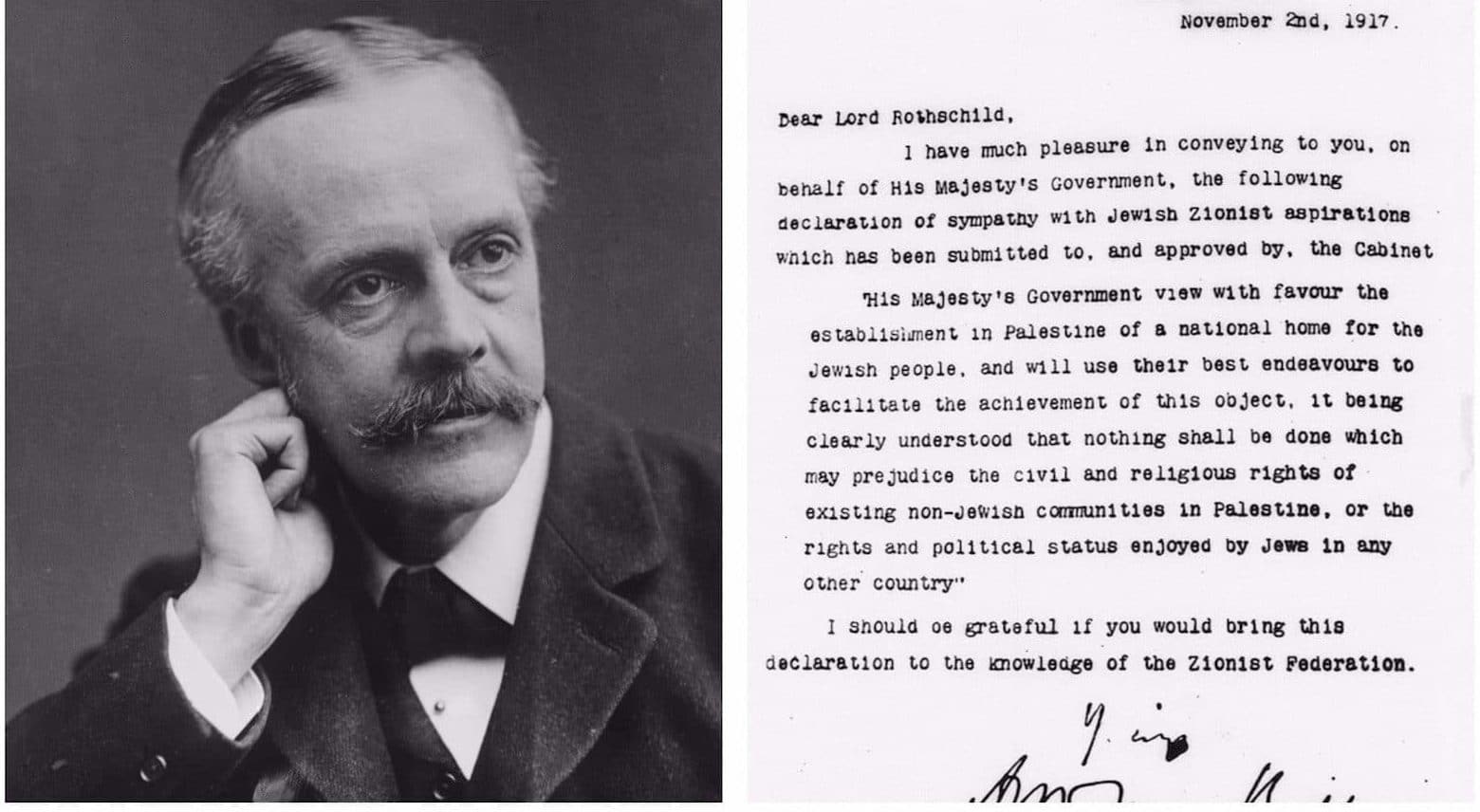 [1] Martin Kramer, The Forgotten Truth about the Balfour Declaration, 5th June 2017, Mosaic Magazine
“In May 1918, the Italian government pledged to Sokolow to help “facilitate the establishment in Palestine of a Jewish national center (centro nazionale ebraico).” In January 1919, Japan informed Weizmann that “the Japanese Government gladly take note of the Zionist aspirations to establish in Palestine a national home for the Jewish people and they look forward with a sympathetic interest to the realization of such desire.” (Similar endorsements came from Siam and China, the other two then-independent states of East Asia.)”
[2] Jewish Telegraphic Agency, British government rejects Palestinian request to apologize for Balfour Declaration, 25th April 2017
[3] Kelvin Crombie, For the Love of Zion, Hodder and Stoughton 2008, p.29
[3] Reflections on Balfour 100 from Rabbi Sacks

Why Jesus Is NOT Coming Back Until Israel Believes – And How Satan Fights It!

Dr. Eitan Bar’s speech in Norway on why Jesus will not return