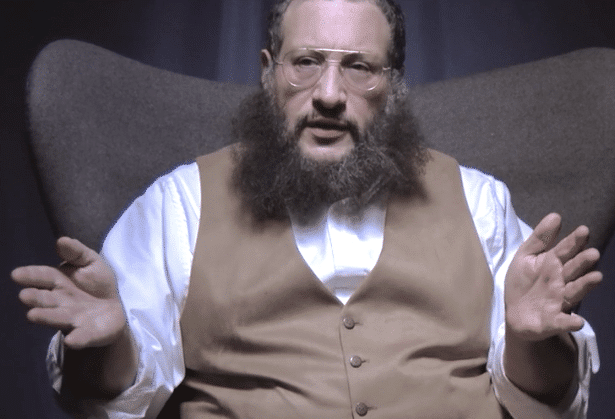 Why Should a Jew Want to Believe in Jesus?

If you’re reading this, at some point you’ve come across the growing trend of a few brave souls within our Jewish community willing to say two things you rarely ever heard more than 50 years ago:

1. “I’m Jewish and I believe that Yeshua/Jesus of Nazareth is the Messiah”

2. “I’m proud to be Jewish and didn’t stop being Jewish when I came to believe in Jesus”

Now, because I’ve recently turned 60 I can offer you some historical perspective from my experience growing up in the New York City Jewish community, with all four of my Grandparents from traditional Jewish homes in Europe.

Here’s the main point: There have always been Jewish people who were attracted to Jesus.
Anyone who actually reads the words that Jesus spoke will find that he spoke traditional Jewish wisdom from the Torah. But in my New York community, if you said you liked what Jesus said, the reaction would be very hostile. If you asked why they were so opposed, the older people would tell you of the violent persecution they suffered in Europe by people who wore crosses. OK, I know that’s true, I grew up seeing the many Holocaust survivors in my neighborhood with numbers on the arms. Even before the Shoah, there were those like my Grandparents who suffered through the Pogroms. Because of that suffering, you would not dare say that you were an admirer of Jesus.

Absolutely lost in all this is a simple fact: Jesus was a Jew who taught people to do exactly the opposite of what those who persecuted us did. It’s like someone hijacked his name, or did an “Identity Theft” of Jesus, stole his I.D., his drivers license and credit cards and is doing things with that stolen identity that are exactly the opposite of everything he would ever do!

One of the most vivid memories I have from my childhood is sitting alongside my Grandfather in Synagogue on a Jewish Holy Day and watching him pray and daven for what seemed like hours to my young self. It was an old Shul in Brooklyn, and he hushed my questions during the service. Afterward, when I asked him why we were there, he simply said in his Yiddish accented English “Because we’re Jews”. Well, that answer didn’t satisfy so I asked again. He said something along the lines of “To have our sins forgiven, to be righteous”. I pretended I understood, but really I didn’t.

It was not until I was older and saw one of my college age Jewish friends get pulled into an eastern religion cult, while another became involved in Orthodox Judaism, that the questions I had became real. They each took me to their meetings in New York City.

The friend who was now following a Guru from India said I could find truth, and here is what I had to do:

1. Dress all in white
2. Shave my head
3. Eat only vegetarian foods
4. Face India when I pray
5. Pray in the Sanskrit language

The friend who was now following an Orthodox Rabbi said I should do this to know truth:

1. Dress all in black
2. Grow a full beard and payot (sidecurls)
3. Eat only kosher foods
4. Face Jerusalem when I pray
5. Pray in the Hebrew language

It seemed to me that if there was a truth out there, the truth about God, that it would be a universal truth. If God were God, it should not matter where I faced, what I ate or how I dressed. It seemed that all the cultural rules were designed to be boundaries for group identification, rather than a path to find God. I had just about given up the “search for truth” when I realized that I had not dared to examine the claims of the most famous Jew who had ever lived, Jesus of Nazareth.

In my youth it had been easy to disregard those claims, as the only kids in my New York elementary school who believed in Jesus were Italian and attended the Catholic church, and since I was Jewish, that meant that Jesus was out of the question. So, to be fair I determined to find out more about this Jewish Jesus and decided to read the New Testament to understand if it had anything to do with my Jewish people. I had been warned that it was a book that was against the Jews, and so with surprise I read the very first sentence in this forbidden book: “this is the genealogy of Jesus the Messiah, the Son of David, the Son of Abraham”. So, in the very first sentence of the “Christian” New Testament there are three people mentioned, and they are all Jewish! As I continued in the book of Matthew I came to see that it was a Jewish story, set in a Jewish country, written by Jewish writers about a Jewish man who claimed to be not only the Messiah of Israel but the Savior of all the world. Everything I read about Rabbi Jesus was attractive. I did not set out to convert away from being Jewish, and in fact I never have. I have embraced Jesus as my Jewish Messiah and my atonement, and many others who love their Jewish heritage have done the same thing.

As Messianic Jews we stand with the State of Israel, with our people, and with our Messiah.

Eitan Bar is a native Jewish-Israeli who was born and raised in Tel Aviv, Israel (1984). Graduated with his B.A. in Biblical Studies from Israel College of the Bible (Jerusalem, 2009), his M.A. in Theology from Liberty University (2013) and is now pursuing his Doctorate with Dallas Theological Seminary. Eitan currently serves as ONE FOR ISRAEL's Director of Media & Evangelism. (From 2006 to 2013, Eitan worked for CRU, in which his roles included serving as Israel's VLM-SLM leader.)

Eitan is the producer of:
1) I MET MESSIAH (Jewish testimonials).
2) Answering Rabbinic Objections to Jesus.

On Whom Can Israel Depend?