Psalm 22 – The Prophecy About The Crucified Messiah

Psalm 22: Possibly the most famous prophetic psalm about the Messiah! Much like Isaiah 53, it describes the Messiah’s torment, rejection and death:

“To the choirmaster: according to The Doe of the Dawn. A Psalm of David.
My God, my God, why have You forsaken me?
Why are you so far from saving me, from the words of my groaning?” [Psalm 22:1-2]

Like Joseph, King David serves as a “prototype” of the Messiah. Therefore, many refer to the Messiah as “Son of David.” King David, who wrote Psalm 22 inspired by the Holy Spirit, predicted that the Messiah, who will be his descendant – will suffer, be rejected and die.
The New Testament says that when Jesus was on the cross, He cried out in reference us to this psalm 22.:

While God and the Messiah are “connected” to one another, this psalm foretells how God had to separate from the Messiah. God turns His face away from the Messiah so that, as He dies, He may take the sins of Israel and of all mankind upon Himself.

God doesn’t save the Messiah but rather remains silent in the face of the injustice, the suffering and the torture that He is forced to endure.
By the way, Rashi’s commentary on this verse was:

“Why have You forsaken me?: They are destined to go into exile, and David recited this prayer for the future.” [Rabbi Shlomo Yitzchaki (Rashi)]

Even Rashi could see that this psalm is a prophecy about the future and not just some past experience of David.

“Yet you are holy, enthroned on the praises of Israel.
In you our fathers trusted; they trusted, and you delivered them.
To you they cried and were rescued;
in you they trusted and were not put to shame.” [Psalms 22:3-5]

These verses remind us that God had already saved our fathers, who cried to Him. This means that He IS capable yet chooses not to save the Messiah. He has a special reason for doing this.

“But I am a worm and not a man, scorned by mankind and despised by the people.
All who see me mock me; they make mouths at me;
they wag their heads; He trusts in the Lord; let Him deliver him;
let Him rescue him, for He delights in him!” [Psalm 22:6-8]

These verses describe, using similar terms to those also found in Isaiah 53, the scorn and derision towards the Messiah by all those around Him, who merely saw Him as something harmful that they must get rid of. They made Him feel like a worm, and not a man. His own people humiliated Him and were ashamed of Him.

Remember the story about Joseph? His brothers mocked him, hated him, tried to get rid of him and tossed him in a pit. Joseph was rejected by his own people and delivered into the hands of Gentiles. He was presumed dead and forgotten as if irrelevant. Meanwhile, Joseph was welcomed among the Gentiles and became a great and important leader as he performed wonders and miracles among them. The story ends well, when Joseph is EVENTUALLY welcomed back into his own people as well. In the same way, Jesus, who was humiliated and rejected by our people Israel, was delivered to the Romans and left for dead. At the same time, among the Gentiles, Jesus was welcomed and became a great and important leader. One day Jesus too will be welcomed back by our people!

“Yet you are he who took me from the womb; you made me trust you at my mother’s breasts.
On you was I cast from my birth, and from my mother’s womb you have been my God.
Be not far from me, for trouble is near, and there is none to help.” [Psalm 22:9-11]

The Messiah’s trust is not in people, but in God. He has put His faith in Him from the beginning. However, God is not there in His time of trouble.
God forsakes the Messiah.
Interestingly, even here like the rest of the biblical prophecies about the Messiah, only the Messiah’s mother is mentioned, there is no human father.

“Many bulls encompass me; strong bulls of Bashan surround me;
They open wide their mouths at me, like a ravening and roaring lion.
I am poured out like water, and all my bones are out of joint;
My heart is like wax; it is melted within my breast;
My strength is dried up like a potsherd, and my tongue sticks to my jaws;
You lay me in the dust of death.” [Psalm 22:12-15]

Encompassed, surrounded and humiliated in the dust of death. The Messiah’s persecution is described as strong bulls surrounding Him; as a roaring lion threatening to devour Him. He experiences intense sweat. Feels as if His bones are falling apart, out of fear. His heart melts within His body. He is dried up and has no strength, so much so, that His tongue sticks to His mouth. God brings Him before judgment: Lays Him in the dust of death. It’s interesting to see that the famous Midrash from the 8th century, “Pesikta Rabbati” interprets and puts some of the words of this psalm – on the lips of the suffering Messiah:

“It was because of the ordeal of the son of David that David wept, saying: ‘My strength is dried up like a potsherd, and my tongue sticks to my jaws; you lay me in the dust of death.’ ” [Midrash Pesikta Rabbati]

In this Midrash, David described the future suffering and death of the Messiah, son of David. Evil people surrounded Him, as dogs encircle their prey.

“For dogs encompass me; a company of evildoers encircles me; Like a lion are my hands and feet.” [Psalm 22:16]

And now, here is the interesting part!!
For the past millennia, all of our Hebrew bibles say: “Like a lion are my hands and feet.” Or, in other words: my hands and my feet are like those of a lion. It doesn’t seem to make a lot of sense, does it? 1,000 years ago, The Masoretes who made the “Masoretic text” we Israelis all have today, changed one single letter in this verse: They shortened the letter VAV (ו) into the letter YUD (י).

Originally, the text actually read: “They have mined (bore a hole) my hands and feet,” Meaning, they have pierced my hands and my feet.

The original Hebrew word means to mine or bore, to make a hole or dig a pit. Like mining a hole in the ground or digging a well. According to Bar-Ilan University’s Biblical Hebrew Dictionary the meaning of “mine” is the same as “dig.”
This is reinforced in various places throughout the Old Testament. For example, in Exodus 21:33 or in 2 Chronicles 16:14. However, seeing as this description of boring holes in the Messiah’s hands and feet sounded a little too much like Yeshua for the rabbis, so they decided to shorten the letter VAV (ו) to become the letter YUD (י). Any person who reads any ancient version of the Old Testament, Such as The Septuagint or the Dead Sea Scrolls, will see for themselves that the original text doesn’t say “like a lion”, but rather “they have bored / pierced.” See the Dead Sea Scrolls, dated hundreds of years before the time of Jesus or the New Testament. They were written AT LEAST 1,200 years prior to the Mesoretic text.
This description bears a remarkable resemblance to the one in Zechariah 12, verse 10: “When they look on me, on Him whom they have pierced” as well as to the description in Isaiah 53 where the Messiah is said to be “pierced for our transgressions” (Isaiah 53:5). We have also dedicated videos to those chapters, available on our site: www.oneforisrael.org. You can learn more about the rest of the chapter on our website, or just read the rest of the psalm on your own. It goes on to describe the rejection, suffering and death of the Messiah, who served as a sacrifice and atonement for our sins.

Now, we would like to demonstrate how even our Jewish Sages recognized and admitted that Psalm 22 was a prophetic psalm about the Messiah. In fact, Rashi explains verse 27 as referring: “To the time of redemption, to the days of the Messiah.” [Rashi’s commentary on Psalm 22:27]
Please pay attention to the following rabbinic Midrash which was written prior to the Masoretic text:

“During the seven year period preceding the coming of the son of David, Iron beams will be brought low and loaded upon His neck until the Messiah’s body is bent low. Then He will cry and weep, and His voice will rise to the very height of heaven, and He will say to God: Master of the universe, how much can my strength endure? How much can my spirit endure? How much my breath before it ceases? How much can my limbs suffer? Am I not flesh and blood? …During the ordeal of the son of David the Holy One, blessed be He, will say to him: Ephraim, My true Messiah, Long ago, ever since the six days of creation, thou didst take this ordeal upon thyself. At this moment, thy pain is like my pain. At these words, the Messiah will reply: ‘Master of the Universe, now I am reconciled. The servant is content to be like his Master.'” [Midrash Pesikta Rabbati, 36:2]

The Midrash goes on to clarify:

“Ephraim, our true Messiah, even though we are thy forbears, thou art greater than we, Because thou didst suffer for the iniquities of our children, and terrible ordeals befell thee. For Israel thou didst become a laughingstock and a derision among the nations of the earth; And didst sit in darkness, in thick darkness, and thine eyes saw no light and thy skin cleaved to thy bones, and thy body was as dry as a piece of wood; and thine eyes grew dim from fasting, and thy strength was dried up like a potsherd (Psalm 22:16), All these afflictions on account of the iniquities of our children.” [Pesikta Rabbati 37:137]

When one properly understands Psalm 22, our true Messiah and savior can be easily discerned. He who has suffered unbearable agony, was crucified to death and rose from the dead. King David wasn’t referring to himself. He died as an old man, in the arms of Avishag the Shunamite, not being tortured and humiliated. However, Jesus endured rejection, agony, humiliation and death. And just as King David stood alone before Goliath and fought him in the name of the people of Israel, Jesus stood alone before death, in order to represent us: the people of Israel, and all mankind. And unlike David, Jesus did not merely risk His own life for His people, but GAVE His life – for all of us! 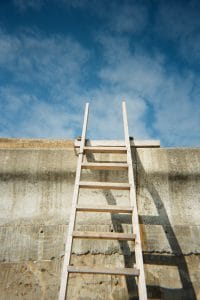 PrevPrevious ArticleTurning up Treasures in the Disciples' Hometown, Bethsaida
Next ArticleSolar Eclipse – a Sign and a WonderNext