Messianic Jews have been in the mainstream media in Israel, on talent spotting show, “The Next Star” (haCochav haBa). Tslil Goldman turned up with a veritable entourage of friends and family, and gave a show-stopping performance that blew the judges away.

Tslil stood out from the crowd not only due to her impressive voice, but also her unusual lifestyle. Tslil is one of thirteen children in a Messianic Jewish family. If that wasn’t weird enough for the baffled hosts, Tslil and her family have often lived in tents and around circus people! Tslil said that she also did acrobatics and fire dancing.

The hosts welcomed Tslil’s enormous family and friends to sit and chat, and share a little about their life and faith. Tslil’s father explained that Messianic Jews believe both in the Jewish Scriptures and in the New Testament, and that the promised Messiah of Israel had already come. And that his name is Yeshua.

Clearly bewildered, the host listened politely, but expressed no antagonism. Their statements were accepted, and Michael Elady, who has been involved with us at ONE FOR ISRAEL, boldly wore his ONE FOR ISRAEL shirt for all to see! 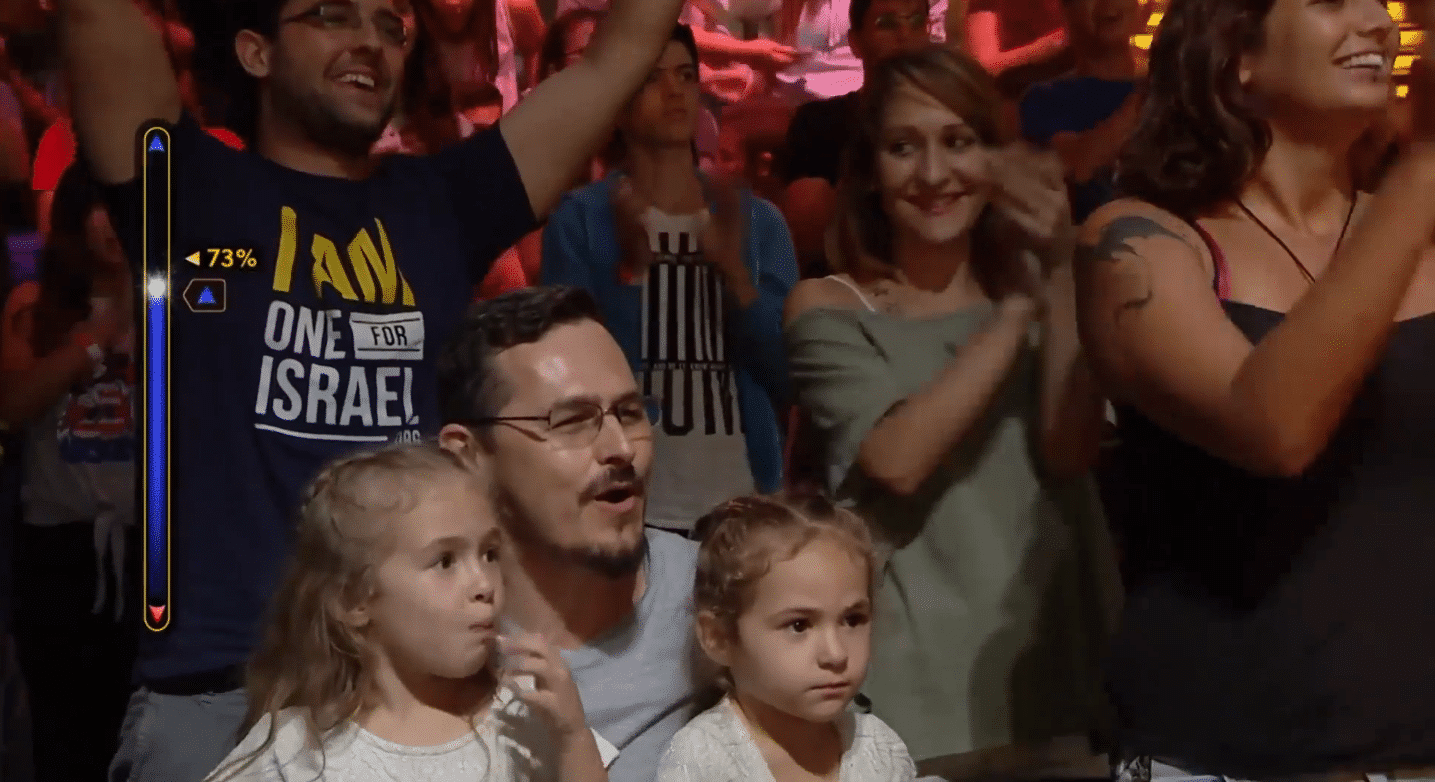 Tslil’s performance was electric, and her sweet personality came through, as well as her considerable talent.

Amazingly, this is not the first time it has happened! A few years ago, Shai Sol also graced national Israeli television on the same talent show, and was very clear about her faith in Yeshua as Messiah. Today she sings with a band of believers called “Miqedem” (מִקֶדֶם) which means “from the east” or “from ancient times”. They describe their music as “A genre-melding collection of songs taken from the Hebrew Tanach.”

Also, yet another Messianic believer won a similar show on Israeli television. Birgitta Veksler shared her amazing story from Pop Idol fame to new life in the Yeshua here at ONE FOR ISRAEL a few years ago, so everyone can hear how she also met her Messiah.

We are so delighted to see these gifted believers not only using their God-given talents to their full potential, glorifying their maker, but also taking the opportunity to give others the chance to hear about their Messiah. Please keep Tslil in prayer as she becomes more and more well known, and also pray for more people in the public eye to come to faith in Yeshua, and point many other Israelis to Him.

ONE FOR ISRAEL (Messianic Jews in Israel) 420 posts 0 comments

What the Wedding at Cana Tells us about Creation

Something New Happening in the Armenian Quarter of Jerusalem