The Desert Bursts into Bloom & 3 Other Unusual Events

By ONE FOR ISRAEL (Messianic Jews in Israel)
413

We are living in unusual times. Israel is seeing several strange phenomena springing up within its borders, pointing to the uniqueness of our days.

1.The desert is blooming

“The wilderness and dry land will be glad. The desert will rejoice and blossom like a lily. It will blossom profusely…” (Isaiah 35:1-2)

Isaiah saw it coming long ago, but could he have imagined the scene we see today?! For many years, Israel has cultivated and exported fresh flowers around the world, grown in greenhouses in the desert, so we have been able to see the truth of this verse come to pass already. It is also not unusual for wildflowers to spring up in the desert after the winter rains, but there is a veritable carpet of flowers draped around the Dead Sea at the moment, the likes of which no one can remember seeing before. Israelis are going to take a look for themselves in great numbers, including one of our team, Varya, who took these pictures! 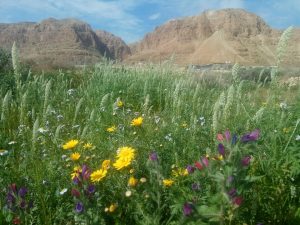 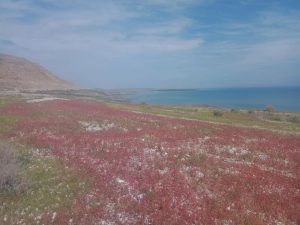 2. Three elections in one year!

In Israel, if you bump into someone twice in a day, it’s customary to say, “Third time, ice cream!” With the leading political parties having failed twice to achieve any majority, Israelis had to go back to the polls for a third time to try and get a workable result. With the multiple smaller political parties in Israel, forming a stable coalition government is quite the challenge. To encourage people to vote, Israelis are given a day off of work on election day, but the municipality of Jerusalem went a step further by giving away free ice creams to anyone who spent 20 shekels in a Jerusalem store – it really was a case of “third time ice cream”! The election result was a strong win for Netanyahu, although he still is shy of a few seats for the majority needed to form a government. According to Israel Hayom,

“This is an almost unprecedented personal coup – a comeback the like of which Israeli politics has never seen.”1

There are many unusual dynamics affecting the politics of Israel and the Middle East at the moment, particularly because of Trump’s Peace Plan. It was also unclear if the Coronavirus would impact voter turnout, but it seems that a huge number took advantage of their democratic right to vote, including an uptick in the Arab population. Israeli Arabs are unusual in the Middle East in that they have the right to choose who runs their country. Their representation in the Israeli government is important – the Joint (Arab) List did very well in the election and is now the third largest party.

You might think that the Israeli electorate would have become apathetic after two failed rounds of voting, but in fact by 8 p.m. there had been a 1.8% increase in voter turnout from the September elections. In fact, it was the highest turnout rate at that hour since the 1999 election, according to The Jerusalem Post.2

It’s difficult to guess what will happen in the coming months and years, but God sees it all and is ultimately holding the reins. The wonderful thing about knowing God is that anyone can register their vote and opinion directly to the King of Kings.

Intense rain has been pounding down on the nation, filling up the Sea of Galilee which is now only 35 inches away from being full again! Globes reported that the water level is rising at a rate of 1.5 cm per day (just over half an inch), and that if it continues, they will need to open the Degania Dam to the Jordan River.3 If the water is released, it will flow down to the rapidly shrinking Dead Sea and provide much needed revitalization. The thirsty landscape surrounding the Dead Sea is happily drinking in the winter rains, but the body of water itself has been shrinking catastrophically over the last few years.

Also in the region, just south of Jerusalem, ancient Judean ritual baths have been filling with water as a result of the high rainfall – a rare and newsworthy occurrence.

But just as excitingly, while we’re talking about phenomena of the watery kind, a killer whale was spotted off the coast of Israel late last month!

“To the best of our knowledge, this is the longest known distance traveled of any killer whale to date, with over 8,000 km, just incredible!” Orca Guardians said in a statement last week.4

It’s not unusual for ONE FOR ISRAEL to put out evangelistic videos, or for the religious Jewish authorities to be enraged about it, but it is both staggering and exciting to see that 42,000 Israelis are subscribed to watch our Hebrew language videos on our YouTube channel!

With the noticeable increase in the amount of Jewish people in Israel who accept Jesus as their Messiah, the Orthodox Rabbis are furious. They are spreading lies about Jesus, making threats, and inciting violence against us.

In response, we have developed a new series called “The Lies” where we quote the lies that different rabbis have been “feeding” to our people, and then refute them. With a pinch of Israeli humor and a dash of “chutzpah”, we are standing strong against those who seek to badmouth our Messiah.

Please pray for all the Israelis who will be watching these videos, and enjoy the promo!

ONE FOR ISRAEL (Messianic Jews in Israel) 427 posts 0 comments

Forgiveness – from a Messianic Jewish Perspective

The Interesting Connection Between Passover and the Coronavirus Plague

The Spiritual Workout of Coronavirus