The Druze: Key People in Israel

Twenty percent of Israel’s 8 million strong population are Israeli Arabs, including both Muslim Arabs and Christian Arabs. But there are other ethnic minorities living in Israel who also need Yeshua! One of those minority groups has been in the headlines lately. There are approximately 130,000 Druze people living in Israel today and many more in surrounding countries, and each and every one of them is precious to God. In fact, the Druze are very important people in Israel, and we’d like to show you why.

Druze in the spotlight 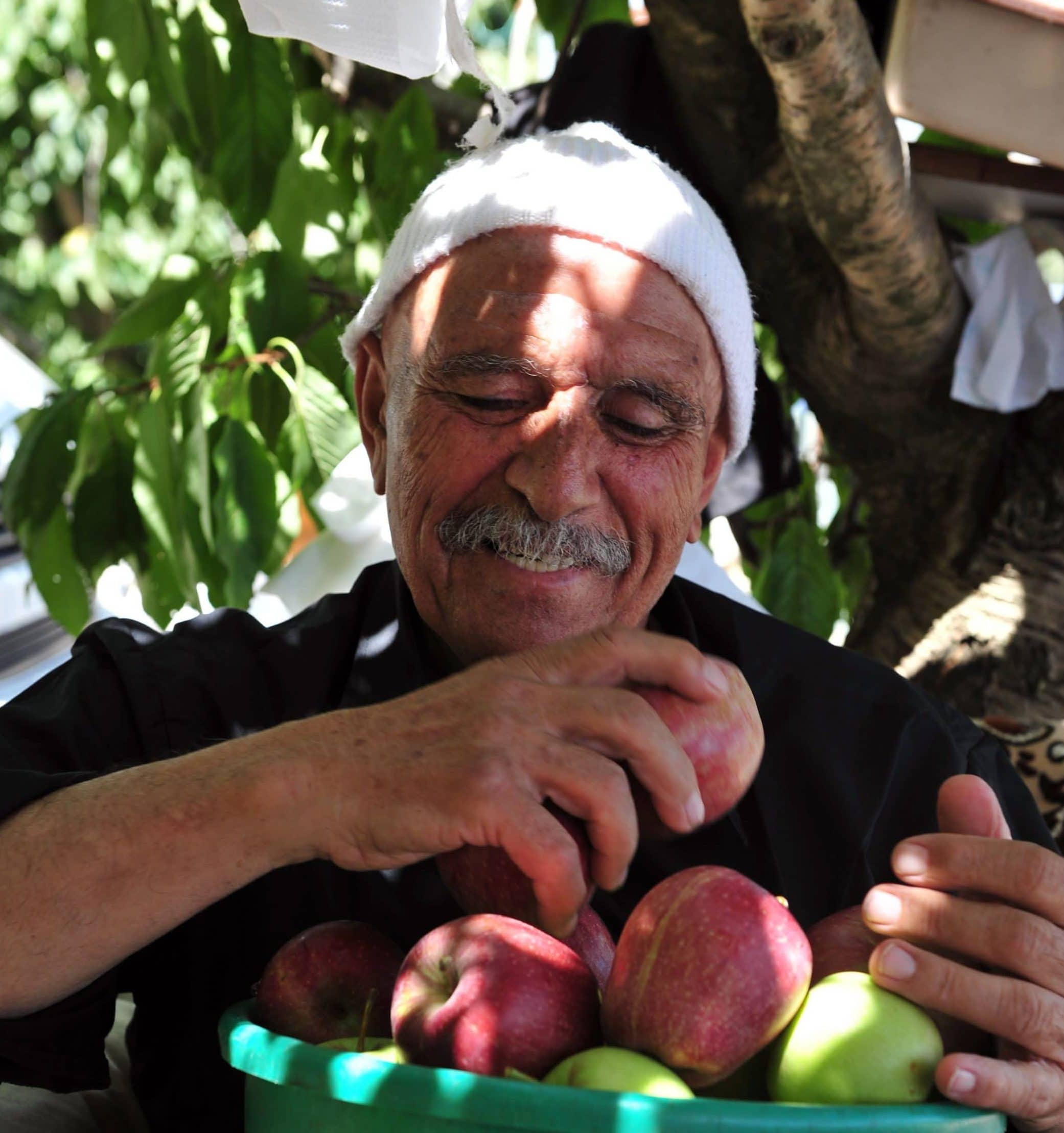 Many people know of the traditionally nomadic Bedouin people of Israel’s deserts in the South, famed for their tents and hospitality, but remarkably few are familiar with the Druze people who live mostly in the north. Although the Druze people can broadly trace their heritage to an Arab tribe, their community leaders asked the Israeli government to distinguish them as a separate ethnic group in 1957.
The Druze people are committed to loyally serving whatever country they are in, and so those who live in Israel willingly sign up to serve in the army and help to protect their nation. They are known for being trustworthy soldiers with a reputation of integrity and excellence, and often end up in high positions. Their willingness to support and contribute to Israeli society has won them appreciation within Israel.
However, this loyalty to their country of residence has led to complicated troubles as Druze villages in Syria are separated from their brothers and sisters over the border in the Golan Heights of Israel. As the civil war rages on in Syria, the Druze community there has been increasingly under threat, and the Druze in Israel have been urging their government to take action to protect those just over the border. Israel is less eager to get drawn into fighting in Syria, but the tension and pressure to act is mounting. The Druze who have faithfully served in protecting many Jewish lives are now asking Israel to return the favour, and defend their relatives who are being persecuted literally in shouting distance – a few hundred meters away in Syria. When praying for this situation, we realised that although the military dilemmas are very complex, we can certainly pray for the salvation of each and every Druze person both in Israel as well those under threat in Syria. Through our prayers, Yeshua can enter into the Druze villages, even into homes, and he can minister in situations that seem out of our reach in the natural.

What do the Druze believe?

The Druze religion and way of life originally came from the Egyptian Muslim community in the eleventh century, and then spread out from there to other countries in the Middle East when they were persecuted in Egypt. To understand the difference between the Druze and those of the Muslim faith, it might help to think about the difference between Mormonism and Christianity – outsiders may confuse Mormons with Christians, but Christians will assure you that there is a huge difference. In the same way, Muslims and Druze are very different even though the roots of the Druze religion came from Islam. The Druze religion incorporates Hinduism and Greek philosophy, as well as parts of the main three monotheistic faiths – Judaism, Islam and Christianity. They strongly believe in mysticism and reincarnation, and hold Moses, Jethro, John the Baptist, Jesus and Mohammed all to be prophets.
It is a very closed community and faith that does not accept converts, let alone try to persuade anyone to follow their beliefs. They marry only within the community, and there are levels of secrecy about their specific beliefs, although you can get more of an idea with the help of Google if you are interested.

Miracles among the Druze people

Due to the tight-knit community and strong affiliation to the Druze religion, it is very hard (and rare) for Druze people to come to faith, since there are significant ramifications for them and their family should they make that step. And yet we are hearing of secret believers in the Druze community who have met the Lord in visions and dreams.
One family on Mount Carmel has experienced a few powerful miracles from Yeshua. In the midst of many struggles and hardships, one night the mother was up in the early hours of the morning, weeping about the terrible financial predicament they were in, and calling out to God. Yeshua suddenly appeared to her, bright and shining white, and she was overwhelmed with his love. He simply told her that everything would be alright, and that he was with her. The strong experience brought her great peace and she was able to believe him and fall asleep. The next morning, to her utter amazement, she was approached by a stranger in the village who gave her 2000 Israeli shekels! Then wonderfully, her teenage son also had multiple dreams of Yeshua and has also now prayed a prayer of faith to accept him as Messiah and Lord.
We also know that another Druze man came to faith many years ago and serves today as a pastor in Jerusalem, but these stories are extremely rare. Even though we occasionally hear of a Druze believer, they tend to keep their faith in Yeshua a secret, so that they can stay within their community. For this reason, we really have no idea how many Druze people believe in Yeshua, but we only know of a very few.

God’s great love for the Druze

Revelation paints a picture of every nation, tribe and tongue worshiping God at the end of time, and there will be Druze people counted in that number. Israeli Druze have faithfully protected Israel and defended Jewish lives. The Bible says those who bless Israel will be blessed, and we would love to encourage you to pray for God’s blessing upon the precious Druze people! An Israeli lady who regularly visits Druze families and is able to share her faith with them says that many people often get caught up with a heart either for Jewish Israelis or Palestinians, but that the Druze often end up forgotten and overlooked. But she also pointed out how key their contribution to Israel is, not only socially but also spiritually. One family she visited had a son who was preparing to serve in the army, and was so fascinated with the Messianic congregation that he arranged for his whole unit to come and hear about the Messianic faith! The unit was mainly Jewish, even with Orthodox Jews among their number, but they all came to hear about Yeshua, thanks to this one brave Druze young man.
The Druze are loyal to Israel, yet speak Arabic. They accept aspects of Judaism and aspects of Islam and Christianity, yet do not yet know the God of Israel. They have a better standing in Israel due to their faithfulness than other minorities, yet feel they fall between the cracks being neither Jewish nor typical Israeli Arab. They are in a sort of no-man’s-land, yet perhaps they are in a pivotal position for God’s purposes in Israel and the Middle East? What kind of destiny has the Lord got for the Druze people?!

PrevPrevious ArticleText of Ancient Scroll Finally Revealed!
Next ArticleThe Resurrection of the Messiah in JudaismNext