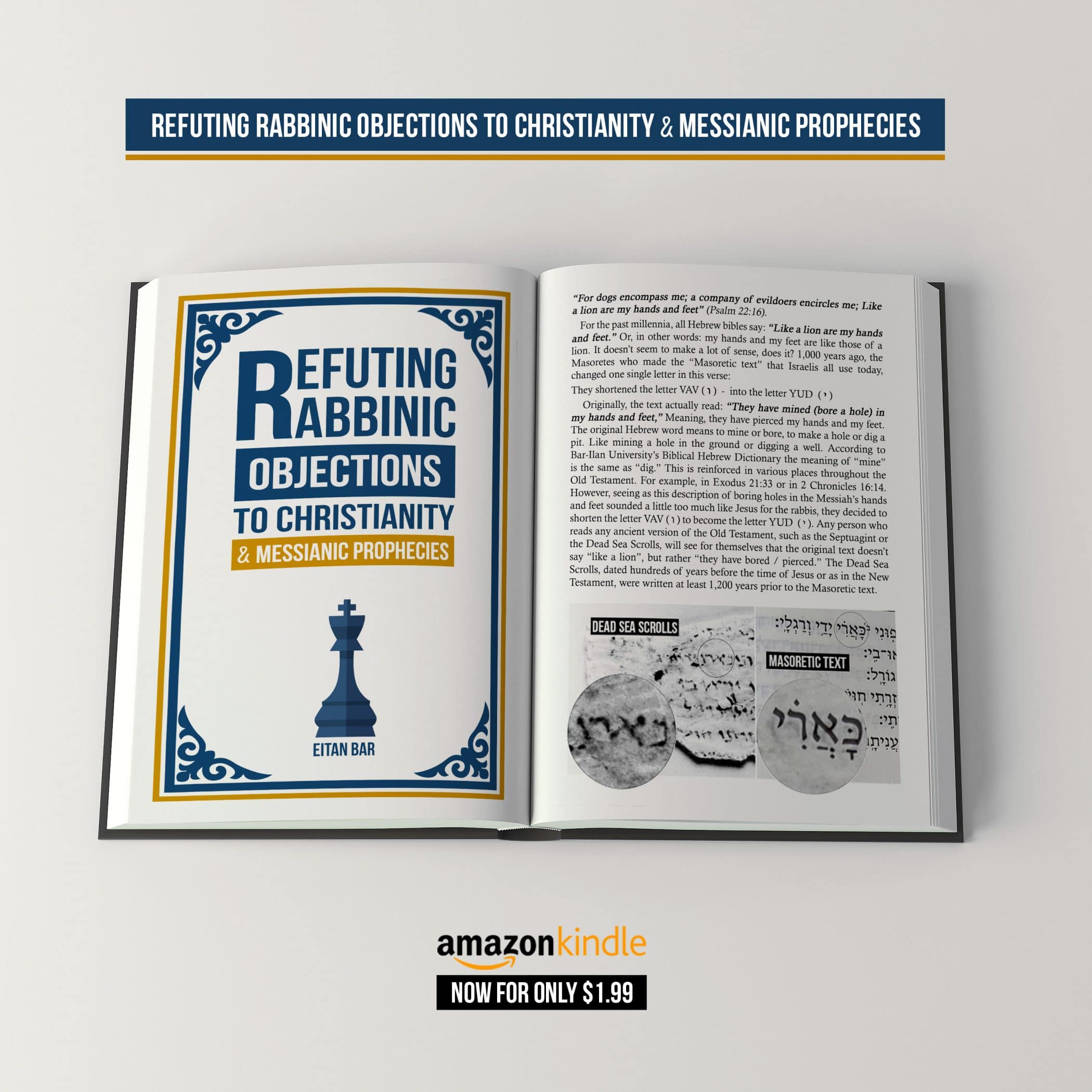 For us, Jews who grew up in Israel, Jesus and His word were never part of the conversation. Not in our school system, not in our synagogues, and not in our media. Nor do we have easy access to the New Testament. Jesus has been studiously avoided, and hidden from our people. Today in Israel, 99.7% of the Jewish population, reject Jesus as the Messiah. How did our country, where the gospel first took place, come to be so adamantly against it?

Within Judaism over the last two millennia, any kind of spiritual message had to go through the “gate keepers”, the Orthodox Jewish Rabbis. The Rabbinic Judaism of the Orthodox comes directly from the sect of the “Pharisees”, whom Jesus rebuked:

“Woe to you, scribes and Pharisees, hypocrites, because you shut off the kingdom of heaven from people; for you do not enter in yourselves, nor do you allow those who are entering to go in.” (Matthew 23:13)

Ever since the days of Messiah, the Rabbis have set themselves in opposition to the gospel, blocking the message of Jesus from Israel. They deliberately prevent Jewish people from hearing about the free salvation offered to them in the death and resurrection of their own Jewish Messiah. They have gone to great lengths to conceal Jesus, and keep him the best kept secret in Judaism., keeping our people in spiritual darkness.

But now the secret is out!

After almost 2000 years, Jesus, or as we call him in Hebrew, Yeshua, can no longer be hidden from the people! Today, our ministry, ONE FOR ISRAEL, reaches Jewish and Arab Israelis exactly where they are – online. We no longer need the rabbis’ permission for anything. We can go straight into the smartphones, tablets, and computers of every Israeli, sharing the saving good news of Yeshua the Messiah!

In the past, the message of the gospel came to Israel from outside our borders, delivered by people who didn’t understand our language, our culture, our heritage or our way of thinking. Today the messengers look very different. Now it is Jewish and Arab Israelis who are bringing the gospel back to where it started – back to our own people Israel. We can explain the gospel to our people in a way that makes sense to them, in our own native tongues of Hebrew and Arabic as only Israelis can, and help our people understand who Yeshua really is.

The Orthodox rabbis in Israel operate an “anti missionary” organization called Yad L’Achim, specifically to fight against the spread of the gospel among the Jewish people. This very well-funded organization, works very closely with the Minister of Interior in the Israeli government. They seek to prevent Jewish people from leaving the confines of Rabbinic Judaism by any means necessary (not always legally), and relentlessly persecute us, the Jewish believers in Jesus in Israel. With over 90% of the names, photos and addresses of all the Messianic Jews in Israel on file, Yad L’Achim began sending a magazine called “Searching” to the homes of believers in Israel back in 2014. The magazine contains objections and refutations from Orthodox rabbis about the messiahship of Jesus, the credibility of the New Testament, and trying to ridicule and destroy the belief in Jesus. This caused several Jewish believers, even including some who had been missionaries, to deny their faith in Jesus and revert to rabbinic Judaism.

Over the past five years, I decided to go over all of their magazines, books and videos, in order to answer their arguments and prove their objections false. Since 2015 we have released about 150 short videos where we share the gospel and directly refute these rabbinic objections to Jesus, New Testament and Christianity. This book is a compilation of transcripts from these videos, all in one place for your consideration. While the content of this book is based on five years of academic research, I did my best to write it in a simplistic, easy-to-read way, in order to keep this book as short as possible.

A favor I would like to ask of you, is to please SHARE this book with others on social media, and also write a positive review on Amazon – which will advance and promote the book so that others, both seeking Jews and born-again believers, may be blessed!

ONE FOR ISRAEL fans – special Pre-Order prices for a limited time of only $1.99 for the Kindle version and only $11.95 for the print version.

Please write a positive review for my book on Amazon\goodreads – this will help us greatly in uncovering the greatest secret in Judaism – Yeshua (Jesus)!

#1: Messianic Prophecies – What Are They?

#2: Psalm 22 – The Prophecy About the Crucified Messiah

#4: Isaiah 53 – The Prophecy About the Rejection of the Messiah

#6: What Does it Mean that God Has a Son? Isn’t that a Pagan Concept?

#10: Parallels between Joseph and David that point to the Messiah

#14: Does the New Testament Suggest that God is Done with Israel?

#15: Is Jesus Really from the Line of David?

#16: Does the New Testament Twist the Old Testament?

#17: Contradictions in the New Testament?!

#19: The Myth of Moses’ Million Eyewitnesses

#21: Is it Lawful to Make Substitutions for Blood Sacrifice?

#22: Is Blood Necessary for Atonement of Sins?

#23: The Plague of Original Sin

#24: Where was God during the Holocaust?

#25: Inquisition, Crusades & Pogroms… In the Name of Jesus?

#26: Is the New Testament Anti-Semitic?

#31: Is Jesus Just a Copy of Eastern Religion?

#33: Is Jesus Just for the Simple and Uneducated?

#35: Is God Religious? Does He Wear a Yarmulke?

#36: How to Treat Women: The Rabbis vs Jesus

#38: The Untold Reason Why Jewish People Do Not Believe Jesus is the Messiah!

#42: Why are the Torah’s Commandments so Cruel?

#43: The Talmud (rabbinic tradition) vs The New Testament

#44: The Twisted “Drash” Interpretations of the Rabbis

#45: The Psychological Power of Tradition over the Jewish People

#46: Does God Care for Man-Made Traditions?

#47: Is an Oral Law Truly Needed to Understand the Bible?

#48: What is the REAL Reason the Rabbis Reject Jesus?

#49: A special request from Eitan