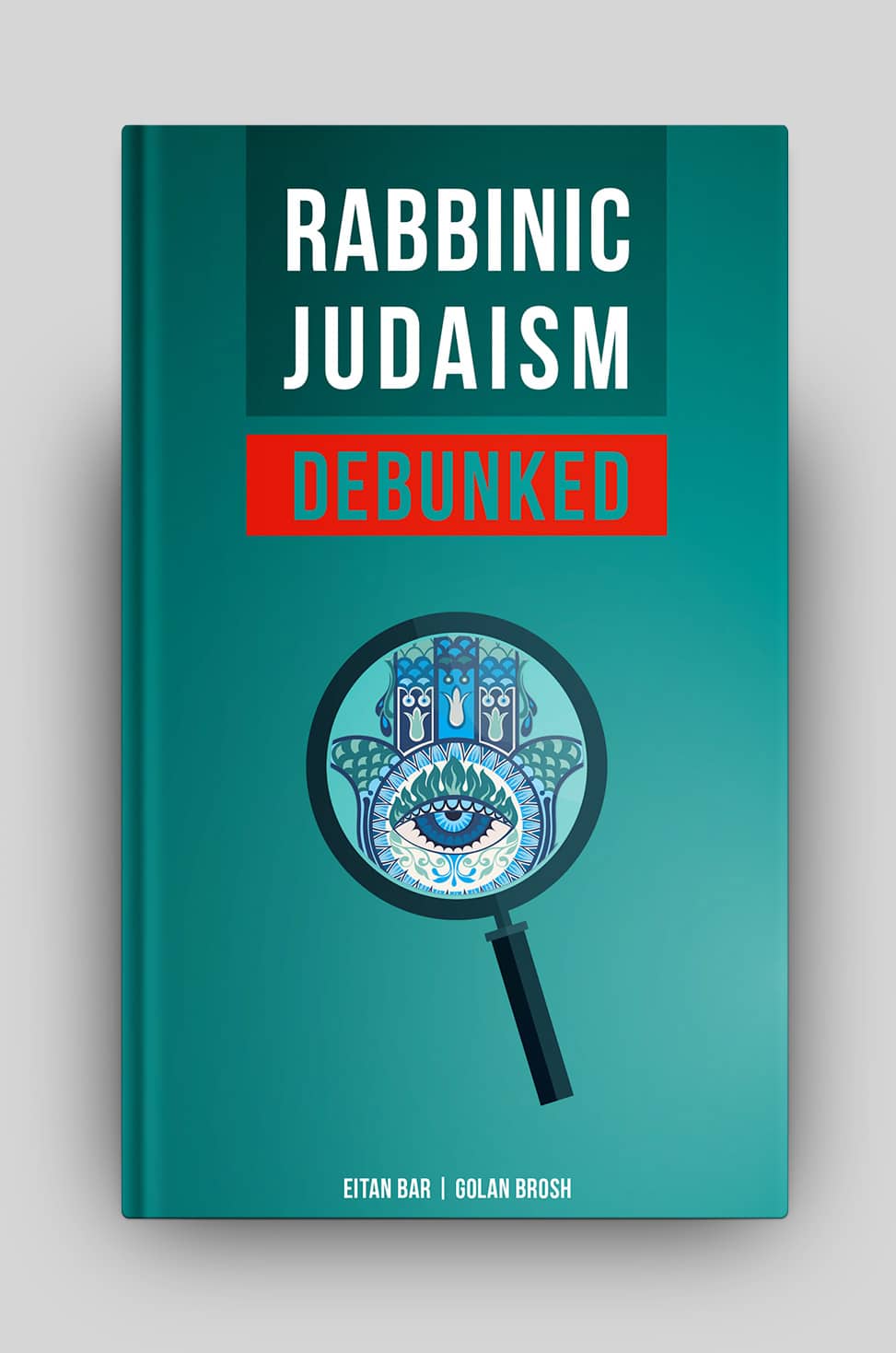 Modern Judaism stands or falls on one single concept – the Oral Law.
Judaism teaches that on Mount Sinai, God gave Israel not one, but two different Laws – the written Law (Pentateuch) as well as “the Oral Law” (Oral laws and traditions that only the rabbis can interpret).

In this new and very short book (100 pages only) Eitan Bar & Golan Brosh proves that an Oral Law was never given by God – both from a textual perspective as well as from a historical one, while exposing the real pagan roots of rabbinic Judaism.

The intention of the authors is to present a vigorous critique of traditional rabbinic Judaism. It should be clearly stated at the outset, however, that this critique is offered in the context of an intramural discussion between Jews who believe in Yeshua (Jesus) and those who do not yet follow Him. It should not be understood as an attack on the Jewish people, but rather as a dispute between different sects within Judaism, over the true interpretation of the Tanakh and the authority thereof.

This paper’s main objective will be to examine the validity of the following premise: for two millennia Judaism has been held hostage under the government and philosophy of one distinct sect, namely the Pharisees and their heirs—the rabbis. Since the destruction of the Second Temple, biblical Judaism had ceased to exist and the rabbinic traditions took over, with a completely reformed version of Judaism which centered on three main pillars: the rabbis themselves, the yeshiva (ישיבה) and the Halacha (הלכה). This work will also try to examine how this sect managed to enforce their traditions upon Israel and at what cost.
In order to establish their authority over the Jewish people, the rabbis came up with the revolutionary idea according to which their philosophy, traditions and teachings (i.e., the Oral Law) were passed on through the generations, beginning with Moses and ultimately with God Himself. Henceforth, the focus of the rabbinic religion has been to study and meditate on the Oral Law (Oral Law). In fact, the Oral Law serves as the foundation upon which all the traditions of rabbinic Judaism stand. Without the rabbis’ traditions, rabbinic Judaism losses all its validity and existence. In other words, if the divine origin of the Oral Law is nothing but a myth, then rabbinic Judaism has no leg to stand on.

Other main objectives of this paper would be to historically examine how the sect of the Pharisees was able to attain such a stronghold over Judaism, to investigate whether the Oral Law’s traditions are in fact rooted in the Bible and genuinely reflect God’s will for men, and to examine the implications of the Oral Law on Judaism today, especially in regard to Israel’s relationship to the New Testament and Yeshua. The first chapter of this paper will deal with the advent of the Pharisees and the circumstances which brought them into the position of authority.

Please write a positive review for our book on Amazon\goodreads – this will help us greatly in uncovering the greatest secret in Judaism – Yeshua (Jesus)!

The Ancestors Of The Rabbis

The Advent Of The Oral Law

The Philosophy Behind Studying The Oral Law

The Pagan Roots Of The Rabbinic Customs

The Oral Law And The Old Testament

The Oral Law And The New Testament

The Myth Of The Oral Law

The Foothold Of The Oral Law Today

What’s “The Sign of Jonah” and how does it relate to the son of Jonah?