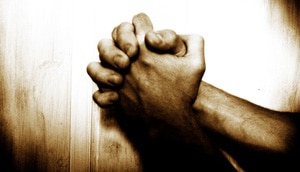 By ONE FOR ISRAEL (Messianic Jews in Israel)
6

Since our prayer support is crucial, let me offer some basic and practical guidelines that will help you to pray more effectively.

1) The current crisis is another birth pang, not the end of the world.

It is easy to overreact every time war breaks out in the Middle East, as if we were about to enter the final conflict and Armageddon was only days away. Without a doubt, the current situation is critical: It involves more than Israel and Lebanon, it is part of the larger conflict with militant Islam, and Iran, which could soon be a nuclear threat, is playing a direct role. And the human suffering is certainly great: Many lives have been lost; many families have been devastated; normal life for many will never return.

But this is not the end of the world, and we need to pray accordingly. God is at work, the enemy is raging, and the plan of redemption continues to unfold. This is not the time to panic; this is the time to dig in! “You will hear of wars and rumors of wars, but see to it that you are not alarmed. Such things must happen, but the end is still to come. Nation will rise against nation, and kingdom against kingdom. There will be famines and earthquakes in various places. All these are the beginning of birth pains” (Matt 24:6-8). As the birth pangs increase in speed and intensity and duration, we will know we are getting closer to the end – which will really be the beginning of a whole new world. But, to repeat: This is just another birth pang, with many more still to come.

On the other hand, the devil is trying to bring about greater disaster and war before that final end, attempting to wreak whatever havoc he can and to destroy as many lives as possible. We should therefore pray for God’s restraining hand in the Middle East, not allowing Satan’s work to triumph.

“Father, do not allow the enemy to accomplish his plans and purposes. May Your will, and Your will alone, be done in Israel and the surrounding nations!”

2) Jesus died for the sins of the world, and every soul is precious in His sight.

It is certainly appropriate to pray that God will thwart the attacks of those who seek to destroy His people Israel, but whenever we pray, we must always remember God’s heart for a lost and dying world. Every life is precious to Him, and Jesus died for Jew and Gentile alike. The Scriptures are totally clear on this: He is not willing that any should perish but that all should come to repentance (2 Pet 3:9), and He wants all people to be saved (1 Tim 2:4). Jesus is not only the propitiation for our sins, but also for the sins of the whole world (1 John 2:2).

In terms of our salvation and standing in the Lord, “there is no difference between Jew and Gentile–the same Lord is Lord of all and richly blesses all who call on him, for, ‘Everyone who calls on the name of the Lord will be saved.’” (Rom 10:12-13) In light of this, we should pray that God would use the current crisis to open the eyes of both Israelis and Arabs to the good news of the Messiah, and we should ask our Father for a great harvest of souls, for many new births to take place – even among the terrorists. Is anything too hard for the Lord? Jesus is still the one who saves to the uttermost (Heb 7:25).

So, pray for the gospel to go forth in love and power and compassion. Pray for divine opportunities for Jesus to be exalted in the Middle East. Pray that God would open up closed hearts and uncover deaf ears, remembering that it is often during times of crisis that people turn to the Lord. Be sure also to pray for those who are Christian in name only – this is prevalent in Lebanon – that their eyes would be opened to the truth. And pray that God would expose the emptiness of Islam, since many young people around the world are being drawn into it, especially in its most radical forms.

“Father, save a multitude of Jews and Muslims through the mercy of Your Son! In this time of displacement and upheaval and fear, turn people’s hearts to You!”

3) The Lord has special purposes for the Jewish people and the land of Israel.

The Scriptures are totally clear in this regard too. Even though the great majority of the Jewish people still do not believe in Yeshua, the Word declares, “As far as the gospel is concerned, they are enemies on your account; but as far as election is concerned, they are loved on account of the patriarchs, for God’s gifts and his call are irrevocable” (Rom 11:28-29). The Jewish people are still loved by God, still elect, and His promise still stands: No matter what sins His people may commit, He will not utterly destroy them (see Jer 31:35-37).

The Lord is still working to preserve and keep His ancient, covenant people, and He will still judge those who seek to destroy them or wipe them out. As He said through Jeremiah more than 2,500 years ago, “‘I am with you and will save you,’ declares the LORD. ‘Though I completely destroy all the nations among which I scatter you, I will not completely destroy you. I will discipline you but only with justice; I will not let you go entirely unpunished.’” (Jer 30:11) This holds true to this very day.

It is the Lord who brought back the Jewish people to the Land of Israel in the 20th century, an event of great prophetic significance (see Ezek 36:22-36; this passage not only applied to the return from the Babylonian exile; it speaks to our day and age as well). Just as Ezekiel prophesied, the Jewish people have returned to their homeland – for the most part, in unbelief, and therefore unworthy of God’s grace – and, just as he prophesied, it is in the Land that God is having mercy on them and changing their hearts. He is doing it in ever-increasing measure, with more and more native-born Israelis coming to faith every year.

The Lord is still in covenant relationship with Israel in a special and unique way, which means that those who seek to wipe out Israel, who launch terrorist attacks against the Jews, who plot for Israel’s destruction, are ultimately fighting against God Himself. Whether they know it or not, they are seeking to make Him into a liar, to prove His Word false, to destroy those whom God promised to preserve.

In light of that, we should pray for God to stand against those who seek to destroy His people, asking Him to frustrate their devices, but we must still never forget that the ultimate need of the people of Israel is a personal relationship with God through the Messiah.

There is also a difference in the war being waged today when viewed from the perspective of Israel and from the perspective of the terrorists. As Israeli leaders have said on numerous occasions, for them, the death of every Lebanese child or civilian is a terrible tragedy, something to be avoided. For the terrorists, the death of every Israeli child or civilian is a great victory, something to be celebrated. Israel is fighting for survival, longing to live in peace; the terrorists are fighting for Israel’s destruction, longing to triumph in war.

So, pray for God to preserve Israel in the midst of the terrorist attacks, praying specially for His protection on all those who know Him and call upon Him in truth.

“Father, frustrate the devices of all who would seek to wipe out Your people Israel, and cause Your purposes for Israel to stand – in the region and the world. Remember Your covenantal promises, and continue to reveal Yeshua as the only Hope of our nation.”

4) Yeshua will return to a Jewish Jerusalem that welcomes Him as King.

The Scriptures teach that, at the end of the age, God Himself will cause Jerusalem to be at the center of a great world conflict, out of which He will deliver His people (see Zechariah 12-14). That’s why the battle for Jerusalem is so intense. And so, just as the ultimate reason for anti-Semitism is that the Messiah is a Jew and that God has worked out His salvation purposes for the world through Israel, so also, it is because Jesus will be returning to a Jewish Jerusalem that this city is the ultimate spiritual battleground. That’s why God’s people are called to pray specifically for Jerusalem.

Pray for God’s purposes for Jerusalem to stand, for all attempts to wrest it out of Jewish hands to fail, for war and disaster to be held back until the appointed times, and for the eyes of the Jewish people – including the leadership! – to be opened to recognize Yeshua as Messiah and King. It’s time!

“Your kingdom come, Lord! Your will be done on earth as it is in heaven! Your name be exalted! Preserve Jerusalem, Father! Make this city the praise of the entire earth! And prepare the hearts of Your people there to welcome back Your Son!”

Recently, I was on a Christian broadcast that airs live in Israel (broadcast by Daystar TV), and I was asked to say something directly to those watching in the Land. It was my joy to tell them that they are not alone, that in the midst of the bombs falling – bombs that have displaced more than one sixth of the nation’s population – Christians around the world are standing with them in prayer and fasting.

Be assured, fellow-laborers, that you are making a great difference, and keep pressing in and holding God to His promises. He is faithful! And let us believe that the time to favor Zion is at hand, knowing that, as great mercy comes to Israel, extraordinary grace will come to the nations of the world as well. As Paul stated in Rom 11:13-16, “Again I ask: Did they stumble so as to fall beyond recovery? Not at all! Rather, because of their transgression, salvation has come to the Gentiles to make Israel envious. But if their transgression means riches for the world, and their loss means riches for the Gentiles, how much greater riches will their fullness bring! I am talking to you Gentiles. Inasmuch as I am the apostle to the Gentiles, I make much of my ministry in the hope that I may somehow arouse my own people to envy and save some of them. For if their rejection is the reconciliation of the world, what will their acceptance be but life from the dead? If the part of the dough offered as firstfruits is holy, then the whole batch is holy; if the root is holy, so are the branches.”

Israel is still a people of promise, and the loving intercession of Messiah’s people will speed the day when every promise is fulfilled. Hasten it, Lord!

ONE FOR ISRAEL (Messianic Jews in Israel) 421 posts 0 comments