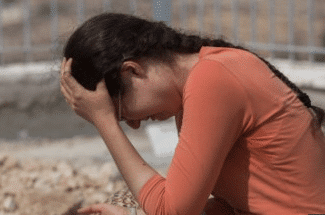 A high number of terror attacks have been carried out Israel lately – in particular, random stabbing attacks and vehicles have been used to deliberately mow down Israelis. There have been shootings, rocks thrown at cars, through car windows and directly at people, firebombs thrown and yet more missiles have been fired from Gaza at Israeli towns. Israel tends to respond with considerable force, raiding Palestinian homes to root out weapons and make arrests, but in the process, inevitably upending the lives of Palestinian families who have nothing to do with the violence. Everyone is suffering, and the answers as to how it can be resolved seem as elusive as ever. Apart from asking God for his help and protection, how can we pray in this urgent hour?

Although tension in the Middle East is nothing new, a serious wave of violence has been sweeping the country, largely precipitated by conflict over the Temple Mount and the Al Aqsa mosque. Frustration levels were already high, but there has been specific incitement to kill Jewish people circulating, and several (often teenage) Palestinian youths have been taking up knives and rocks in response to the call to violence. We need to pray for cooling down of the flames of murderous hatred, and for the radical salvation of all those who are caught up in it.

Satan loves fear, terror, and hatred. He loves to cause confusion, division and strife. He is the father of lies and the accuser. Unforgiveness and bitterness are some of his favorite strategies to tie us down and keep even believers ineffective and captive. So let’s set our minds to do the opposite.

Instead of capitulating to fear, let’s call on the Lord with confidence, who is able to save.

Instead of falling into hatred, let’s lovingly pray specifically for all those who are full of hate and seek to harm.

Instead of allowing the headlines to divide us, let’s be determined to stand as one, Jewish and Arab followers of Yeshua.

Please pray that the believers would be kept in love and peace even in these circumstances, and not fall prey to Satan’s strategies against them. Martin Luther King Jr said, “Returning hate for hate multiplies hate, and adding deeper darkness to a night already devoid of stars”. We are called to be salt and light in this serious situation – to shine like stars in the darkness, and to react differently because we have God’s supernatural love and power living in us.

Although we are praying in earnest for our leaders, for wisdom about how to deescalate this situation, our true hope is not in politics but in Yeshua, the Prince of Peace. Only he can heal hearts, replace hatred with love, and bring true brotherhood where there once was enmity. He sees every detail, knows the full truth about the situation, and is the perfect judge. He has great power to transform lives even today, and that is what we need around here.

Our prayer is for the rapid spread of the gospel across Israel and the Palestinian territories – that people would turn to him now in greater numbers than ever, and find peace that passes understanding in him. Please join us in praying for all the ministries that seek to bring the Good News to this troubled and despairing land, and for God’s purposes to prevail.

ONE FOR ISRAEL (Messianic Jews in Israel) 423 posts 0 comments

Shocking: Facebook Being Sued Over ONE FOR ISRAEL’s Evangelistic Videos!